Migrating CIFS shares and associated volume in Netapp Cluster Mode is such an easy all you need is to move volume from one aggregate to another aggregate, associated LIF will still access CIFS Shares. We are not going to talk about cluster mode. In this article, we are going to see HowTo Migrate Netapp CIFS Shares Associate Volume Step By Step Guide.

Here there are two methods we can use to migrate CIFS shares. One is restarting the CIFS service which will affect all the CIFS shares which are hosted in the same controller. Another method is to stop and start only particular shares created using a particular volume.

The above command will terminate all CIFS shares of a particular volume. Now Update and Break snapmirror relationship.

Note: When you rename CIFS hosted volume automatically configuration file will change its mount point name from CIFS_TEST to CIFSTESTold 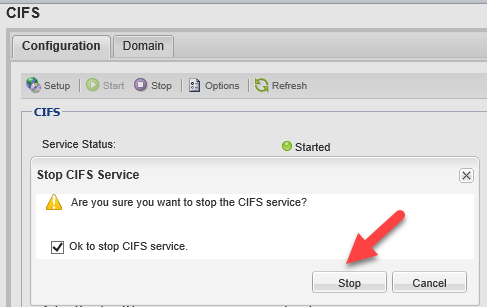 That’s it Your CIFS Shares are completely migrated from the OLD volume to NEW Volume.

If don’t want to disturb other CIFS shares from accessing data you have to eliminate step replacing configuration file, manually stop CIFS shares one by one and  re-create them

That’s all about migrate Netapp CIFS shares from one volume to another volume.